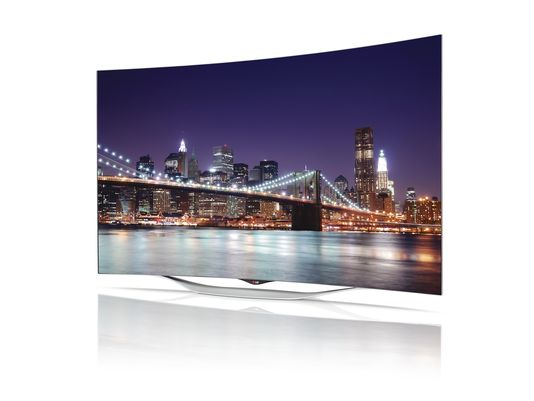 Is LG’s new $3,500 OLED TV an attention-grab or does it reflect a real trend in pricing? Who cares?

For years video and home theater enthusiasts have been gawking at the few OLED smart TVs that manufacturers wave in front of our faces from time to time. It’s clearly the best display technology currently available, but has also been priced so ridiculously high that few people took it seriously.

So, how about a few more details on this TV: First, like most of LG’s new models, the 55EC9300 is a smart TV featuring the company’s webOS interface which makes it easy to slip between broadcast and internet content. Wi-Fi is built in. It comes with LG’s Magic Remote that uses gestures and voice to control the TV.

The design is bezel-free and slims down to 4.5 millimeters at the edges (a bit thicker in the middle). Unlike last year’s OLED TV, this model is easily wall mounted, though it does come with a stand.

The new TV uses LG’s Triple XD video engine. The company calls the contrast “infinite,” which it’s not, of course, but that should at least tell you that the contrast is probably impressive. It also comes with passive 3D glasses.