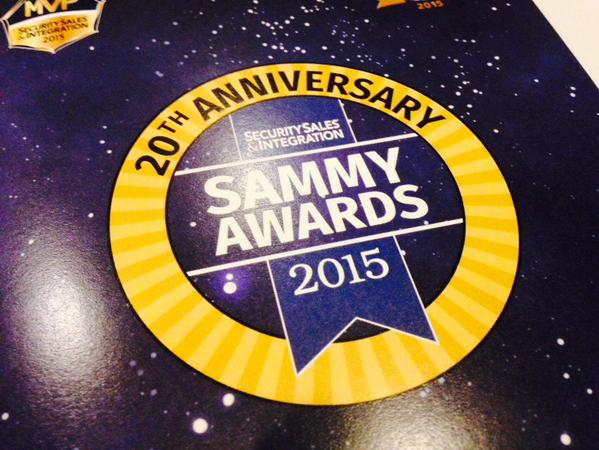 Serious Audio Video is proud to announce our nomination for a 2015 Sammy Award. Though we don’t sell or install traditional security systems, we integrate your security and CCTV systems to a single control platform with one user friendly interface. Nominated for Best Sales Brochure, SAV stands apart with a highly informative sales packet. It’s our belief that the best customers are the most informed, so our detail oriented sales packet leaves no stone unturned. Designed & executed by Recession Proof Media.

SECURITY SALES & INTEGRATION proudly announces the finalists for the 20th annual SAMMY (Sales and Marketing) Awards. The SAMMY Awards is the industry’s only program of its kind to recognize and honor installing security dealers and integrators for their marketing, business, installation and overall excellence.

Stanley Security is the company to beat with seven nominations, including the coveted Integrated Installation of the Year category. Bates Security is right on Stanley’s heels with five nominations. Guardian Protection Services and Vector Security each garnered three nods.

Following is the complete list of this year’s finalists:

→ Installer of the Year

→ Integrated Installation of the Year

SSI will announce the winners at a free awards ceremony in Las Vegas on April 14 — the eve of opening day at ISC West. The event will be held at 4:30 p.m. in Marco Polo Room 701at the Venetian Resort Hotel Casino. All industry professionals are welcome and encouraged to attend.