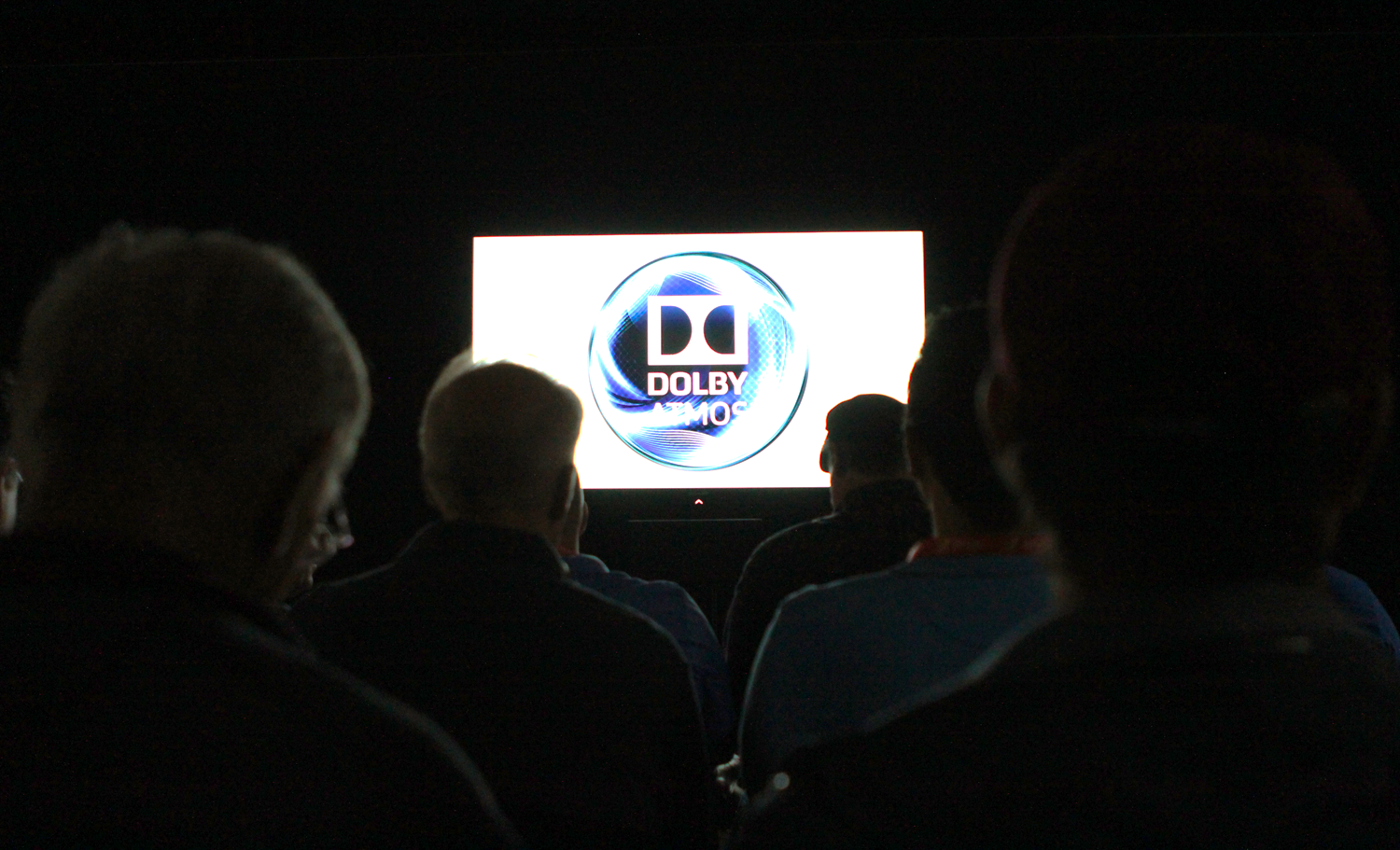 Dolby Atmos in the cinema, at home, and on the go. Up to now, cinema sound designers have had to mix independent sounds together into channels for soundtrack creation. If a scene required, say, a helicopter taking off, that sound had to be assigned to an individual channel and mixed together with other sounds.

While that helicopter could move across channels, it couldn’t go above you. You wouldn’t hear it as you would in real life.

Dolby Atmos is the first audio format based on audio objects rather than channels. In Dolby Atmos, any sound—the helicopter, a blaring car horn, a yelling child—can exist as an independent audio object, free of channel restrictions. It can be placed and moved anywhere, including anywhere overhead.

Filmmakers can now focus on telling the story. They can place sounds where they would occur naturally in a scene, rather than compromising the artistic intent by having to place them into channels. Sounds move in multidimensional space—flowing above and around you in step with the visuals to bring a new sense of height and reality. Dolby Atmos puts you in the middle of the action—in ways you have never before experienced. And it adapts to any playback environment—in the cinema, at home, or on the go.

Experience Atmos at a cinema near you. : Dolby Atmos Theater Locator