Great Sound in All Places 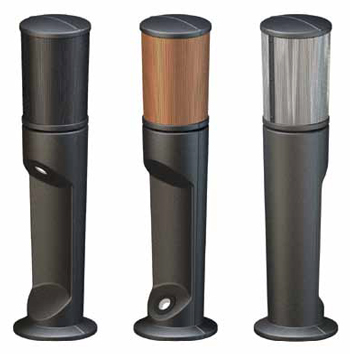 Terra : Most all-climate speakers are actually “weather resistant”. They will last a few years at most and then they require replacement. Most don’t come close to high fidelity, even when they are new. Terra speakers, on the other hand, will last for years in the most difficult climates and deliver great sound all the while.

Built to ensure their survival in the brutal cold of Northern New England and they hold up beautifully in saunas, on salt-sprayed ocean liners, and at restaurants assaulted by an ever-present sun in Israel and Egypt.

Rather than buying parts off-the-shelf, Terra builds them right here in Maine. By doing so, Terra maintains the highest levels of quality and performance. Incorporating metal cone/dome speaker heritage and other advanced technologies to design some of the finest truly all-climate speakers you can buy. The quality of Terra’s in-wall, in-ceiling and enclosed models exemplify this progressive thinking.

Living up to promise, for 15 years.

Terra is so confident in the enduring quality of their speakers, that they are backed by a lifetime guarantee.

The rear cone/voice coil suspension element in a typical loudspeaker driver is called a “spider” and it can add distortion to the drivers output – especially at high levels – because it acts like a secondary speaker cone, corrupting the output of the cone to which it is attached. Terra MFCS does away with the spider and its inherent problems, instead using a specially formulated magnetic fluid to help control and center the voice coil/cone assembly. This design offers several benefits:

One of the founding principles of Terra is that a properly implemented metal speaker cone is the best choice, as it’s light and rigid (two “ideal” speaker diaphragm characteristics). Terra’s proprietary anodizing method creates a ceramic sandwich that strengthens the single piece aluminum cone. The result is a cone that delivers exceptionally clear and detailed sound throughout the bass and midrange while easily resisting the elements, indoors or out.

The best way to keep the elements out is to give them no way in. Terra’s UniCavity polyethylene enclosure is created in one piece, via a rotational molding process that yields uniform wall thickness and a seamless appearance. The spin-on/off end caps that secure the multi-angle aluminum bracket attach to a screw post that is part of the mold (thus there’s no thru screw hole).

How does the UniCavity improve sound? For one thing, its thickness and rigidity helps minimize vibrations (resonances) that can “color” the sound. But the real secret is in its rounded shape.

The edgeless, smooth shapes of the AC Series enclosures are as pleasing to the ears as they are to the eyes. In a typical sharp-edged speaker design, high frequencies not only radiate off the front of the tweeter, but they also travel along the face of the cabinet to the edges where they interact with the transition from the baffle to ‘free space”. This interaction impacts the sound, causing “diffraction effects”, as the sound transitions from the baffle to the free space. This effect creates clearly audible second-order harmonic distortions in the upper midrange and high frequencies. Terra’s smoothly rounded AC Series enclosures purposely have no sharp edges and right angles, and therefore produce virtually none of this second order harmonic distortion. The result? Clearer, more accurate sound reproduction with better dispersion and a wider sweet spot throughout the listening area, especially important when there are several people scattered around the patio, deck or pool.

The engineers at Terra know speaker technology. They know CAD. They know manufacturing. Being Maine natives, they know where to get a fresh lobster tacos and fried lobster tails.

Fortunately, they also know industrial designer Allen Boothroyd. Those in the audio business for any length of time recognize the name Allen Boothroyd and his company, Cambridge Product Design. Boothroyd is one of the most respected product designers in the industry, renowned for his stylings as well as the mechanical elegance of his designs.

When you first set eyes on a Terra AC speaker, you experience its style. When you get one in your hands, you experience its design. For example, the Terra mounting bracket can be installed vertically or horizontally on a flat surface, or span a corner. No tools are needed to attach the bracket to the speaker. Simply spin on the easy-to-grasp threaded end caps. To change the angle of the speaker, simply loosen the end caps and rotate the speaker.

Good design can solve simple problems. For example, the grilles on outdoor speakers are typically pressure-fit — tricky to remove and put back without denting, and able to fall off entirely. The Terra AC grilles are made of dent-resistant plastic, and they are screwed on.