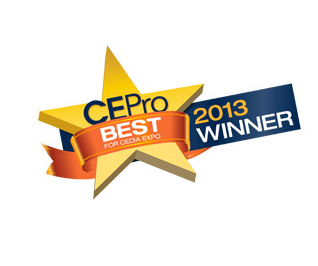 LG’s OLED : Unlike traditional, synthetic LEDs (light-emitting diodes), OLED uses an organic substance that glows when an electric current is introduced. This revolutionary material is part of new design approach that drastically reduces the thickness and weight of the TV. The light passes through a combination of filters to reproduce spectacular high-definition images.

As the first display technology that allows self-lighting pixels to switch on and off individually, OLED offers the first “Infinite” contrast ratio. Contrast ratio measures the range from the brightest whites on the screen to the darkest blacks. Higher is better, and “Infinite” has been impossible… until now. The deep blacks will seem to melt away, for a greater sense of realism and depth on all content.

Because OLED displays do not require a backlight, pixels that are switched off are truly black, so OLED achieves deeper black levels and a higher contrast ratio when compared to LCD (liquid crystal display) TVs with conventional cold cathode fluorescent lamp (CCFL) backlighting. The lack of bulky CCFLs–and other layers that are no longer necessary–also makes possible a much thinner, lighter piece of hardware.

LED LCD televisions owe their compact profile and improved contrast ratio to the array of tiny light-emitting diodes that provide the necessary backlighting instead of CCFLs, but again neither of these is needed for OLED. So a thinnest-ever form factor, superior color reproduction, individual pixels that switch off for true blacks, and increased energy efficiency are some of the ways OLED surpasses even LED TV.

The critical response time of LG OLED TV, its ability to refresh the image on screen is less than .1ms (microseconds), is drastically faster than LED TV. So expect even the fastest action to be dependably crystal clear and virtually blur-free.

“OLED” means organic light-emitting diode, named for the advanced material used in the screen. This carbon-based substance glows at the introduction of electricity, and the light passes through a combination of filters and a color refiner to reproduce spectacular high-definition images. This design also reduces the thickness and the weight of an OLED TV. OLED displays can now be manufactured at larger screen sizes, so it has become a viable home theater display technology for the first time, alongside LCD and Plasma TVs.

Is OLED the same as LED?

Although “LED” stands for “light-emitting diode” in both cases, the design of each is actually quite different. LED TVs simply use an array of LEDs as the backlight for an otherwise traditional LCD (liquid crystal display) TV, shining through a screen of LCD pixels. But with OLED TVs, the organic layer creates its own light source for each pixel. As a result, OLED’s improvement over LED’s color, clarity and black level is dramatic.