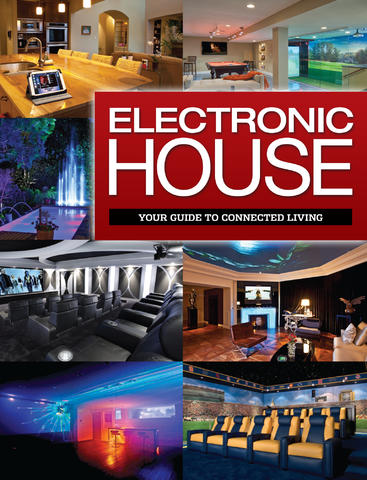 Neighbor envy apparently is a potent driver for custom audio/video systems. That’s a good thing.  This project in Hoboken NJ got started when the owner saw the Serious Audio Video truck parked outside as technicians were busy installing a system down the street.

A conversation started, one thing led to another, and pretty soon the company was designing a new system for this condo as well.  Casey Johnston, president of Serious Audio Video, Union City, NJ, says that the homeowner initially wanted a simple installation of a flat screen TV and surround sound speakers. “I’m more of a designer,” say Johnston, so he looked at the big blank wall in this home’s living room and offered to come up with something special.

A few days later he showed his plans to the homeowners. Rather than just hang a TV on the wall and install some speakers, he suggested building out an electronically controlled fireplace with the TV and components installed around it. The key feature, however, is that everything could be hidden. That way the TV would only be the focal point of the room when the users wanted it to be.

Instead of hiding the 55-inch Samsung LED LCD TV behind some cabinet doors (that would have been the easy way out), Johnston suggested a system that would conceal the unit behind a piece of artwork. When the homeowners want to watch something, pressing a button on a remote activates the Future Automation motor that automatically lifts the painting out of the way, and does so silently.