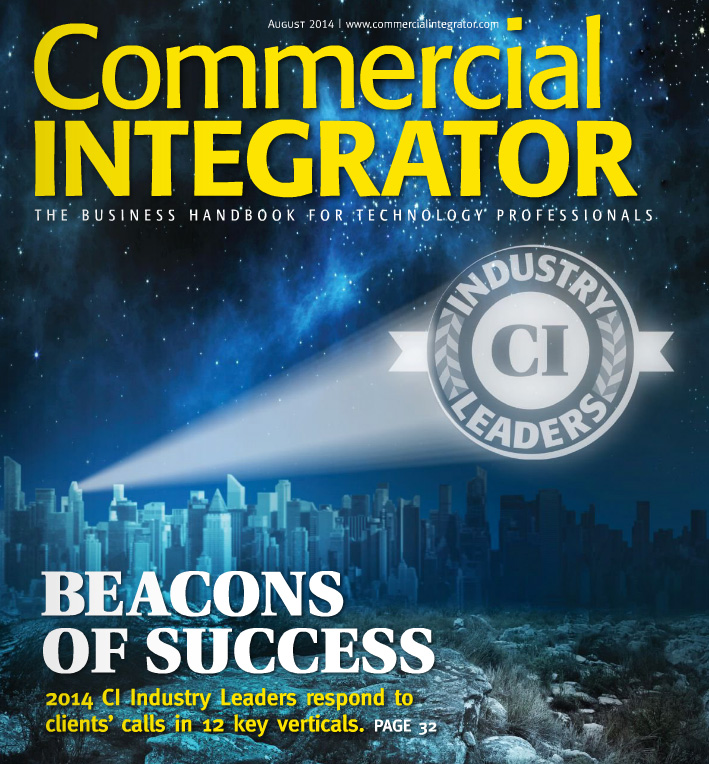 CI Industry Leaders is not a singular list of the highest revenue integration firms in the commercial integration industry.

CI Industry Leaders is a series of lists of the most dynamic integration firms within the vertical markets they serve.

For the first time, the 2014 CI Industry Leaders coverage is somewhat limited to firms that took the time to submit information for CI editors to analyze. In the past, CI deemed it important not to limit the coverage to companies with which our young publication, launched in 2010, had a relationship.

Our third annual CI Industry Leaders lists, however, are populated by companies that we’ve come to know. That doesn’t mean every company that we considered submitted information specifically for the CI Industry Leaders program. The Commercial Integrator and TechDecisions editorial staffs considered several companies that did not submit, but did provide information for an editorial endeavor during the previous 12 months.

Our overwhelming goal with these lists is to encapsulate a handful of firms focused on 12 key verticals that are doing dynamic things that are worth following. That’s the essence of a CI Industry Leader. It’s what allows a $600,000 revenue firm like Serious Audio Video to be covered alongside $555M AVI-SPL. Both are industry leaders worth following for very different reasons.

The needle appears to be moving in the industry’s focus on recurring revenue, and it’s not just the largest firms that are seeing the most success. Yes, Whitlock and Yorktel, $191M and $106M firms, respectively, lead the way with 50 percent of their revenues under contract but $9.4M Level 3 Audio Visual gets 35 percent of its business via service contracts.

There are leaders doing dynamic things in every segment of the integration market. That’s what CI Industry Leaders is all about — finding firms worth following.

Being one of the Top 5 Restaurant Integrators, Casey S. Johnston of Serious Audio Video weighs in on what it takes to excel in the industry.